A remarkable and quite rare round table on Marconi and His Intuitions took place Nov 20 Thu at the Institute of Italian Culture on Park Avenue/68 Street, with slide presentations by three distinguished academic specialists in the history of technology and/or Marconi in particular.

Nov 20 Thu 6pm Marconi and His Intuitions Panel at ICI
Posted on November 13, 2014 by textgenie

Thursday, November 20, 2014
Round Table-
MARCONI AND HIS INTUITIONS
SCIENCE AND TECHNOLOGY BETWEEN EUROPE AND THE UNITED STATES

Marconi invented radio and transmitted across the Atlantic in 1901 – despite the world being round!

MARCONI AND HIS INTUITIONS

Born in Bologna, Italy in 1874, died in Rome in 1937, the Nobel Prize-winning physicist and inventor Guglielmo Marconi did the groundbreaking work necessary for all future radio technology. Through his experiments in wireless telegraphy, Marconi developed the first effective system of radio communication. In 1899, he founded the Marconi Telegraph Company. Guglielmo Marconi sent and received his first radio signal in Italy in 1895. By 1899 he flashed the first wireless signal across the English Channel and two years later in 1901 he telegraphed a signal from England to Newfoundland. This was the first successful transatlantic radiotelegraph communication, that disproved the dominant belief of the Earth’s curvature affecting transmission. Marconi was awarded the 1909 Nobel Prize in Physics.

Trained at Columbia and Princeton, James E. McClellan III is professor of history of science at Stevens Institute of Technology. He has developed a particular interest in issues surrounding the notion of applied science. He is the author (with Harold Dorn) of Science and Technology in World History (2nd ed., Johns Hopkins University Press, 2006), a volume that traces the historical interconnections of science and technology down to today. He is the editor of The Applied Science Problem (Jensen Daniels Press, 2008), to which he contributed “What’s Problematic about ‘Applied Science’?” and a meta-study of Franklin’s lightning rod as a case study of applied science. Beyond that, Professor McClellan’s expertise centers on France in the Old Regime, and he has written extensively on contemporary scientific institutions, the scientific press, and European science and colonial expansion. He likewise has an interest in historiography and the philosophy of history. He is an elected member of the Académie Internationale d’Histoire des Sciences, and his work has won awards from the American Philosophical Society and the World History Association. Current projects include a third edition of Science and Technology in World History, a work-in-progress entitled History and Numismatics, and Memoirs of a Babyboomer. Professor McClellan lives with his wife Jackie in Hoboken, New Jersey.

Dr. Magoun is the outreach historian for the IEEE History Center at Stevens Institute of Technology. There he researches, writes, and edits articles, and teaches the history of engineering when he is not traveling to historic sites. Previously he was the executive director of the David Sarnoff Library, which promoted the history and understanding of electronic innovation through a museum, archives, website, and programs. He is the author of two books–on the history of television and the RCA Laboratories in Princeton–and has spoken on related topics nearly 100 times around the world. Dr. Magoun received the Ph.D. from the University of Maryland, College Park, and regrets that his travels have not yet taken him to the homeland of Volta and Marconi.

Organized by: ICI
(Editing of the photos and a report to follow).
Read More 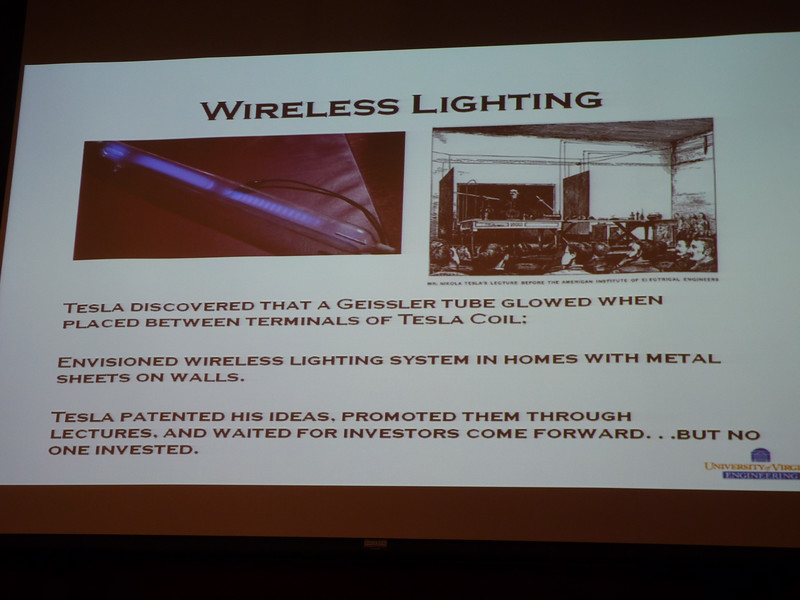